I've had brief dalliances with both Windows and Linux as working environments but for the vast majority of my professional career I've used OSX as my desktop and laptop environment. Since I almost exclusively deal with web interfaces and Linux systems1. There are a few silly things that only work on Windows, like the vSphere client, so for those I keep a Windows 7 VM available. The issue is that I pretty well entirely work off a laptop these days. Battery life on these things is pretty awesome but not infinite. More importantly if I have this thing in my lap, and CPU usage goes high or the discrete graphics card kicks in, the metal housing gets a little...toasty.

To fix both problems I opened up the display Performance Options ( Start -> Run -> systempropertiesperformance ) and setting the "Adjust for Best Performance" options this unchecks all of those boxes. This basically disables every wiz bang piece of Aero and gives you a reasonably thin (graphics wise) footprint. Everything's awesome until I launch the vSphere client and see this. 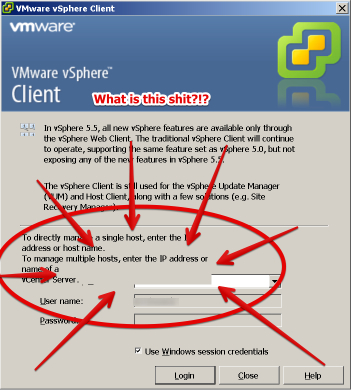 There are also similar display problems once I actually get into the application itself. After some trial and error I figured out that there's only two display settings that get rid of the fugly behavior. 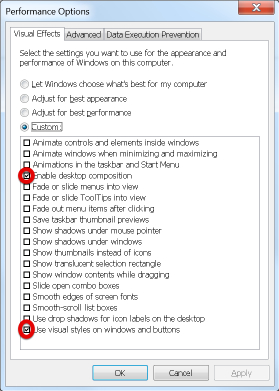 Checking those boxes and hitting 'Apply' fixes us right up. 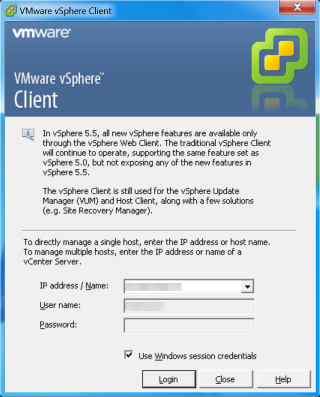 See? That's what vSphere should look like. Unfortunately it means I still have to turn on compositing, which was the biggest setting I wanted to shut down, but it's at least better than nothing.